My parents have had long-time friends of over 50 years who have a fairly large organic garden in upstate New York.  Their friends grow a lot of heirloom vegetables, and when they came to visit recently, they brought with them some heirloom squashes.  We cooked one of those squashes on Christmas Eve Day, known as a "Long Island Cheese" because of its resemblance to a large wheel of cheese.  Deep, dusty orange on the exterior and looking rather like a perfect pie pumpkin, we roasted it and then scooped out the beautiful, dense, ochre-colored flesh.  It was sweet, creamy and I thought it needed no seasoning.

I was cooking for an appreciative group on Christmas Eve Day, however, not all of them would appreciate the absence of butter, sugar and other culinary furbelows.  So I drizzled in some maple syrup.  And I stirred in some butter.  And I seasoned with salt and pepper.  And then the impulse to use some mace gripped me.  I had had plenty of experience with mace before: in doughnuts, cakes, custards, so I believed that my experience was guiding me.  Remind me to have a discussion with you sometime in the future about my false beliefs.

Mace has an interesting history and comes from the nutmeg tree, unusual for giving us two spices from the same fruit (the second spice being nutmeg, of course).  Mace is a very odd-looking thing before it's ground up into something you can easily incorporate to sauces and batters, although whole pieces of mace can be used to season clear broth, much like a bay leaf.  Some people have described the flavor of mace as more delicate than the nutmeg it holds, but I have always thought it was a bit more floral and citrusy, and just a bit more peppery.  Maybe that's just me.

I had seen a jar of mace in my mother's spice cabinet just the day before.  She had purchased it recently at her local grocery store, which is a fairly mundane kind of grocery store in a fairly mundane kind of small Southern town.  I know this because I mundanely shop there when I'm visiting my mother.  Things such as Roquefort, Ruinart and ramps could not be found among its inventory.  However, perfectly good things such as liver mush, lima beans and Lucky Charms can.  To each his own.

And so I thought that fresh spices could not be found there either, having searched the shelves just two days ago for coriander and fennel seed.  The first jars I picked up had been sitting there for awhile, their bleached-out contents tattling on their shelf-life.  I had reached way to the back of the shelf, hoping to find jars that were less elderly, or at least less damaged by the flourescent lighting.  Pickin's were slim.

And so I thought that the jar of mace in mother's spice cabinet would be feeble and whimpering its swan song.  And so I liberally seasoned that wonderful squash with mace.  And then I put a lot more butter on top and called it a day.  Readers who follow my blog will detect a pattern here with my cavalier use of seasonings.

And so, at our lovely, intimate little Christmas Eve dinner that night, we each tasted that beautiful Long Island Cheese squash and then tasted again.  General consensus among the appreciative souls: there was a strange, overpowering taste that made it almost impossible for us to detect that there was any squash at all.  That strange, overpowering taste turned out to be...mace.  Potent as a can of pepper spray, lethal as a medieval bludgeoning weapon, fresh mace can be unpleasantly pungent.  This was very fresh mace.

I apologized for ruining the beautiful squash and winced when my mother commented that it was the worst thing I had ever made.  She was right.

So during the night, when I was awake and thinking, I wracked my brain for a way to transform the squash into something lovely, silky, fragrant and most of all, delicious.  I decided that I wanted to make a souffle or a custard for breakfast.

I found a Rachel Ray recipe that I adapted and added 1/2 tsp. cinnamon.  I had about a half a cup of coconut milk and added enough soy milk to equal the quantity of heavy cream called for.  The custard was lovely and completely transformed the pungent, peppery squash into a creamy, comforting breakfast.

And while I'm sharing recipes, this roasted pork recipe that my mother found in one of her magazines was amazingly stupendous on Christmas Day.  Blanketed in crushed fennel, coriander, garlic and olive oil, and served with roasted pears and red onions, it perfumed the house and was beautiful on the platter.  Did I say it was delicious too?  The accompanying just-sweet-enough roasted sweet potato casserole was also a hit, with cranberries and a crunchy pecan topping.

So I redeemed myself.  For now.

I hope you all had a very warm, very bright, very magical Christmas.
Posted by Vindaloo Tiramisu at 3:40 AM 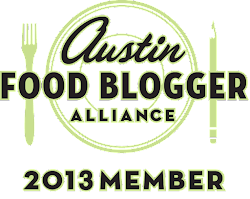 For spices and professional baking supplies

For all things Asian

For information about Elgin, TX

For information and help with wines and spirits

Vindaloo Tiramisu
Elgin, TX, United States
Warning: dangerous with knives and other sharp implements. Definitely in the "live to eat" camp. Fearless in the kitchen and with just about any cuisine, perpetually curious and never too old to learn.

What I'm listening to (it changes!)